Gamification in the Virtual Classroom - the Players

The virtual classroom is the stage on which the game called education develops. A game makes sense only if it has players. That’s why in this post we will talk about the players.

Think about the surprisingly successful game Pokemon Go. Millions of people around the world have been playing it since it was launched in 2016. These are people of all ages, differing social statuses, and various interests. By July 15, 2016, in the Netherlands, which has a population of around 13 million, approximately 1.3 million people had played it, even though the game hadn’t been officially launched in their country yet. Today, 50 year-old people take a day off to go to a remote place where they can “hatch” virtual Pokemon “eggs” that they will later exchange with completely unknown people. For some people this sounds like madness. There are a lot of people who love playing games but would never play Pokemon Go. That’s because no game, not even the best game, suits every type of player. Game makers know this and carefully target a certain type of player. We also need to consider this when creating educational products.

Socializers: This is a group of players who prefer to interact rather than to take action, and who are focused on the other players instead of their surroundings.

Explorers: This is a group of players who, like the Socializers, prefer to interact but their focus is on the surrounding environment.

Achievers: This is a group of players who prefer action over interaction, but, like the Explorers, are focused on their environment.

Killers: This is a group of players who prefer action over interaction and are focused on other players. They act in direct contact with other players.

Players in the virtual classroom

Socializers: This is the biggest group of players. About 80% of players are of this type. Pokemon Go is targeted to them. Don’t expect a heated competition between them. They feel good in a community. These people prefer learning from each other. If you want to motivate them, then create a community and give them the chance to advance within it. Use Groups (Breakout rooms) – assign a task and allow the groups to work together. Reward them with something that they can exchange with other people. Individual education is not for them, nor are self-work materials.

Explorers: About 10% of the players fall into this group. These people highly appreciate the opportunity to communicate with experts in a certain area. They will participate with pleasure in a group project that explores an issue related to the subject being taught. They are inclined to share their knowledge. Give them an environment that includes other people who are also interested in the subject that you are teaching. Hard Fun is the way for them.

Achievers: This group strongly resembles the Explorers group. It makes up about 10% of the players. These people are not built for group projects. They prefer individual education so as not to have to compete with the progress of others. Give them interesting extra tasks in the respective subject and periodically assign them individual tasks that will challenge them to find something new. Making progress in a subject is more motivating to them as this also boosts their self-esteem.

Killers: This is the smallest group. Less than 1% of players are in this group. These are highly competitive players. They are the ones who prefer individual education with a focus on achieving results. Evaluating progress is a big motivator for them. Group tasks are not for them. Give them a chance to prove themselves.

Pros of the virtual classroom

Very few people fall into only one type of player group. Most of them are a mixture of different types. But there is a certain type that dominates in everyone.

The advantage of the virtual classroom is that you can adapt the same lesson for the different types and implement it at the same time. You can create a script of the lesson in which you can look at the preferences of all of the participants. You can assign an independent task to one Achiever while you discuss another task on an expert level with an Explorer; meanwhile you can separate the Socializers into Breakout Rooms to discuss the implementation of the project. This allows you to offer individual as well as group education.

Education is a game. And, as with every game, it provides tools for the players to use at every stage. The more tools you have, the better your chances for success. Using them correctly is also very important. However, as we know, this requires lots of skills and serious concentration during the education process. The systems for e-learning constantly try to offer a more varied set of tools. And that’s only the beginning. Wait and see what happens when virtual and augmented reality become a part of these systems.

VEDAMO is a great partner for every teacher. VEDAMO’s system offers:

Don’t forget that in the game called education there is one very important rule: there are no favorite subjects, there are only favorite teachers. 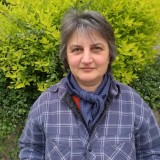